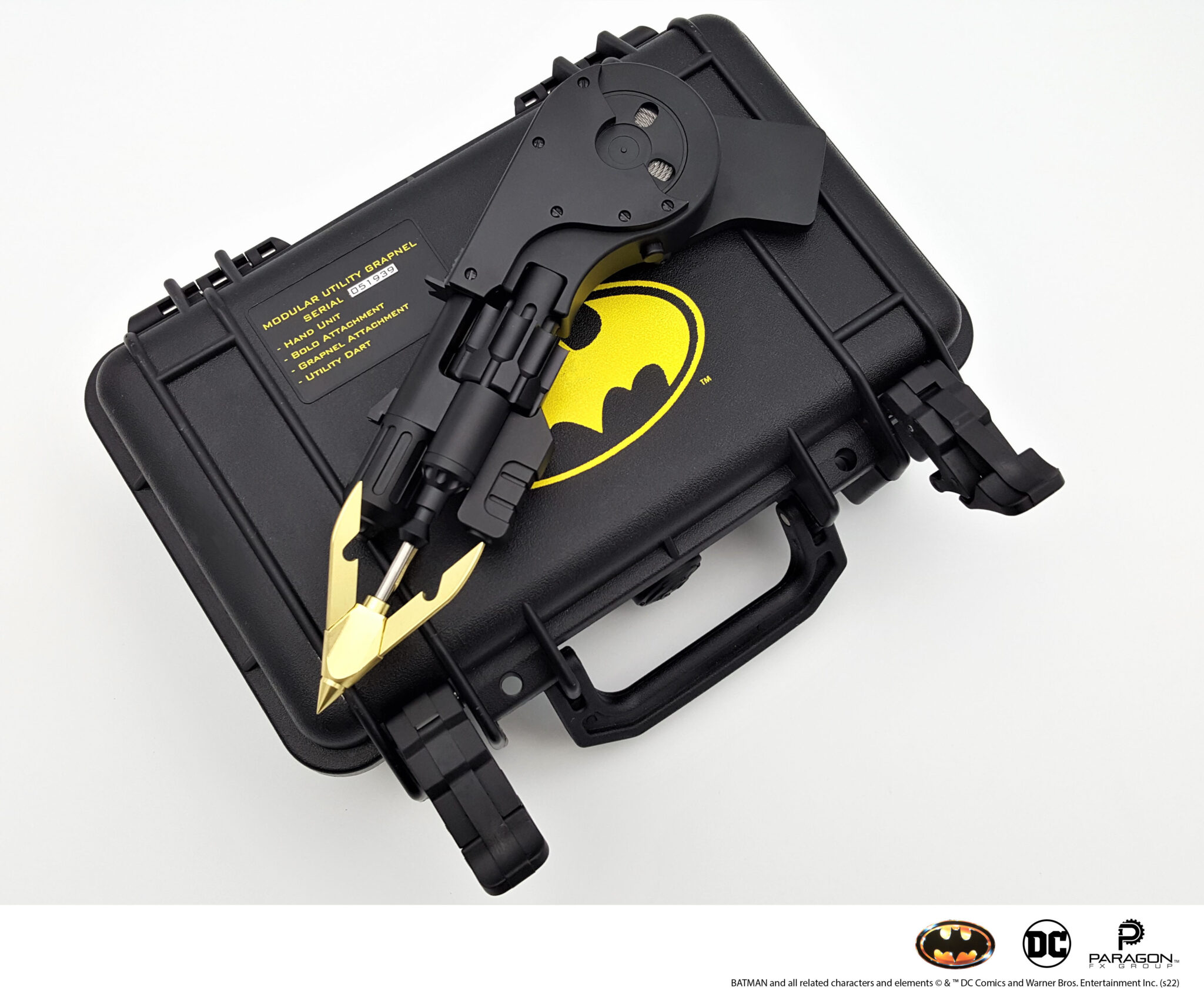 In December NPD Groups released a report showing that “kidults” are responsible for one-fourth of all toy sales annually, around $9 billion worth, and are the biggest driver of growth throughout the industry.

While this may be shocking news to some, it’s common knowledge in the halls of Paragon FX Group, as is evidenced by their latest offering, the 89 Batman: Modular Utility Grapnel Set

Arguably one of Batman’s greatest gadgets, the modular utility grapnel. The multi-purpose, hand-held unit allowed for Batman to store numerous items on his utility belt yet deploy them all from a single device. The Paragon FX Group team spent a full twelve months recreating the device out of cnc machined aluminum.

We knew from the beginning that this would be one of our largest and most ambitious projects. The goal was to engineer a full-size replica that looks and feels like a real piece of Batman’s tech. We wanted everything to be cold to the touch and have a real-world heft and feel. -Tyler Ham Paragon FX Creative Director 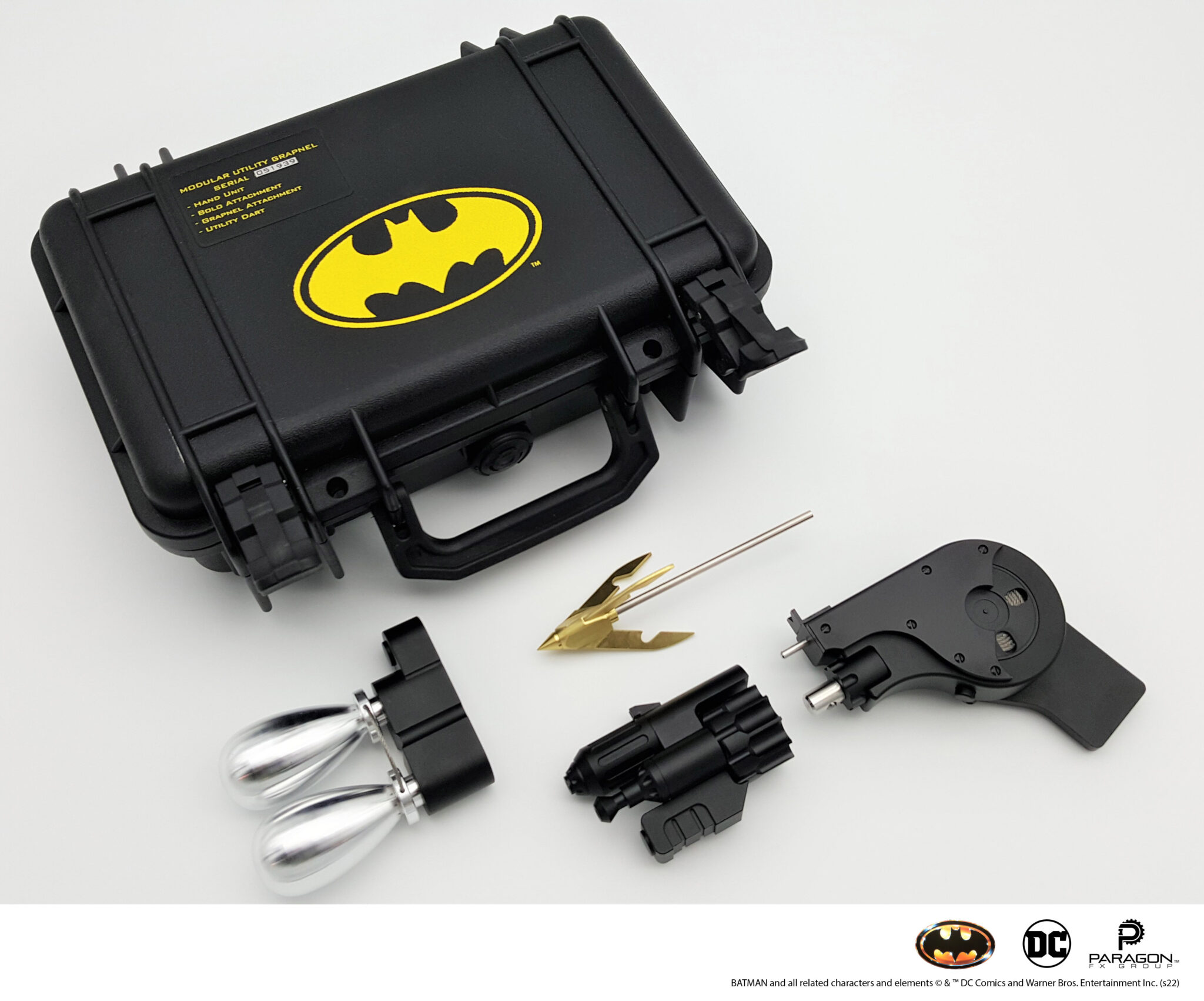 The limited edition, museum quality set contains a machined aluminum hand unit, grapnel utility attachment, machined brass and aluminum utility dart/grapnel hook, bolo attachment w/ fixed aircraft cable, custom equipment case with laser cut insert, and a certificate of authenticity. Designed to satisfy the most exacting collectors,  the end result is a stunning, museum quality replica set that is sure to be the highlight of any collection.

I hope to secure an editorial sample for an unboxing review as they become available!

For Learn more and order at:

While Paragon FX Group is a new company, their staff is comprised of established prop makers, collectors, artists and engineers who have been active in the industry for decades. Every item replicated is the result of an exhaustive study of the original. In some cases, a given piece may be lost to history and must be rebuilt from film study, while others are reverse engineered directly from the original prop. In the end, their goal is to provide a museum quality replica of that which is seen on screen.