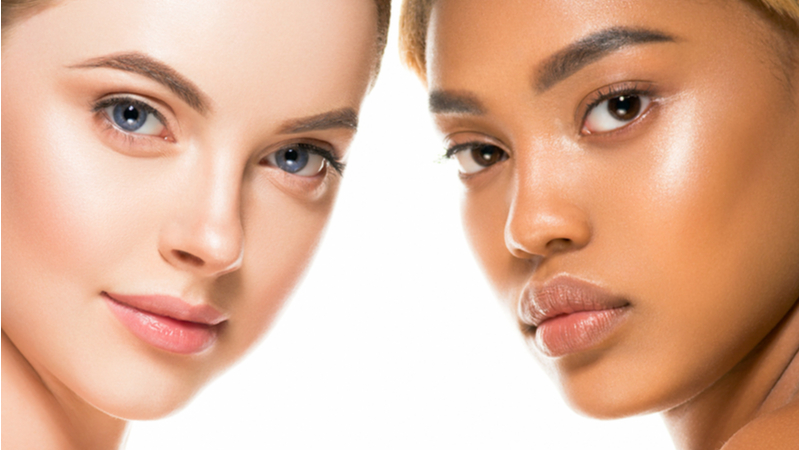 I posted this as a working paper on SocArXiv, here, with a copy of the spreadsheets I used, here. It’s citable with this DOI: 10.31235/osf.io/aex7z.

Using multiple decrement life tables based on U.S. marriage and mortality rates from 2019, this paper projects a lifetime chance of marrying for non-Hispanic, single-race White and Black women. Projections show 86.2% for White women, and 61.7% for Black women, eventually marrying for a cohort born and living through conditions prevailing in 2019 (before the COVID-19 pandemic). These projected rates represented continued steep declines in marriage, along the lines observed in recent decades. The method described here is applicable to other family events, and may be readily extended to marriage for other populations as well.

Although the interplay of historical social, economic, and political factors behind patterns of marriage and family structure are complex, Black-White differences those patterns are best understood as a consequence rather than cause of racial inequality (Bloome and Ang 2020; Williams and Baker 2021). With regard to marriage specifically, Black-White differences in marriage rates among women are associated with unbalanced sex ratios in marriage markets (Cohen and Pepin 2018; Guzzo 2006), the economic prospects of Black men (Lichter, Price, and Swigert 2020; Ruggles 2021), racial intermarriage involving Black men (Crowder and Tolnay 2000), and perceived economic barriers to marriage (Gibson-Davis, Edin, and McLanahan 2005). (For a recent review, see Council (2021).)

With those references to related literature above in lieu of a substantial literature review, I move to present a descriptive analysis of recent marriage rates among Black and White women, focusing on the lifetime prevalence of marriage and using a multiple decrement life table approach. The estimates here use 2019 data, from before the COVID-19 pandemic, which is the year of the most recent complete life tables available (see below), with mortality rates from the National Center for Health Statistics and first marriage estimates from the American Community Survey. This updates an analysis conducted in 2015 (Cohen 2015b).

I begin with presentation of marriage rates from U.S. Census data – Decennial Censuses and the American Community Survey (ACS), which are drawn from the samples made available by IPUMS (Ruggles et al. 2022). The life table projections use the 2019 ACS. The mortality rates are from the series released in 2022 for the year 2019 (Arias and Xu 2022).

After describing marriage trends and current marriage and mortality rates, I present multiple decrement life tables for marriage, separately for non-Hispanic, single-race White and Black women, which take into account mortality rates. This method is based on the analysis of divorce and widowhood described by Preston (1975). The simulated cohort begins with 100,000 members at age 0, and at each age individuals die or are married according to the age specific rates in the ACS and NCHS life tables. In the last row of the life table (100+), the remaining cohort members die, and the tally of those married in previous rows reflects the projected lifetime prevalence of marriage. In this analysis I do not use marital status-specific death rates, which is a limitation. However, mortality overall does not play a large role in these projections because the great majority of first marriages occur at ages when mortality rates are still very low (even with the Black-White disparities noted below), so that using mortality rates for never-married people instead of the general population of women (which are not readily available) would not have a substantial impact on the results.

Spreadsheet files used to calculate the rates presented here, and the accompanying figures, are available on the Open Science Framework at (Cohen 2022).

Forecasting future marriage rates is more difficult than making projections from current rates. In a classic example, Goldstein and Kenney (2001) estimated Hernes “inhomogenous diffusion” models for Black and White women using 1995 data, to produce ever-marrying prevalences for Black and White women by birth cohort and education level. Their forecast for White women born in 1960-1964 was that 93% would ultimately marry, while for Black women it was 64%. Figure 1 shows the percentage of Black and White women from the 1960-64 birth cohort that was ever married at each age from 15 to 60 (based on those living during the decennial census years 1980, 1990, and 2000, and ACS data through 2020). The Goldstein and Kenney forecast for White women was quite close, but more than 10 points low for Black women. About 10% of Black women in that cohort have thus far married after age 35, lifting the cohort’s lifetime marriage rates more than the model could foresee (the cohort was in their early thirties in 1995).

If the Goldstein and Kenney (2001) models underestimated the percentage of the late Baby Boom cohorts of Black women that would eventually marry, subsequent cohorts may be more than reaching their forecasted levels of marriage decline. Figure 2 shows the proportion of White and Black women ever married by the age of 30, 40, and 60, across cohorts born between 1920 and 1980, using the same data as Figure 1. The earliest cohorts here were born in 1920, the latest in 1990. (I excluded small numbers of people born in 1919, 1939, and 1949.)

In Figure 2 is it clear that Black women’s marriage prevalence has fallen much faster than White women’s, especially for cohorts born after 1960. The percentage ever marrying before age 40 fell about 15 points for Black women in that time, twice the decline seen among White women. By 2020, 55% of Black 40-year-old women, compared with 83% of White women, had ever married. For the cohort born in 1990, White women were twice as likely to be married by age 30.

In general, we use projection methods rather than wait for cohorts to age through their marrying years. If marriage becomes rare after a relatively early age, the observed ever-married rate at that age will closely approximate the proportion that will ever marry. For example, Figure 2 shows relatively little change in marriage prevalence after age 40, which suggests that the drop in marriage before age 40 was not simply a delay to older ages. However, the significant gap between age 30 and 40 implies that some of the decline before age 30 was recouped by age 40. If the pattern of change over time is to delay rather than forego marriage, then simple projections made during the period of change, based on low rates of early marriage, will underestimate lifetime prevalence. On the other hand, if rates continue to decline, obviously, the projections will overestimate future marriage.

The 2019 first-marriage and mortality rates used in the projections below are shown in Figure 3. From age 18 to age 35, White marriage rates are at least two-times higher than Black rates, reaching 3.5-times higher at age 31, when (in the non-smoothed rates, not shown), 11.9% of White and 3.4% of Black never-married women married for the first time. On the other hand, Black female mortality rates are more than twice as high as Whites’ through age 25. The Black-White mortality gap (shown on in log scale) narrows in the later years. Despite the relative disparity in mortality, the early gap does not have a large impact on lifetime marriage prevalence, as the life table projects 1781 Black female deaths for a cohort of 100,000, compared with 859 White deaths. (Note that, in the lifetime prevalence models below, even an infant death is counted as a woman who never marries.)

In the multiple decrement life table, members of the cohort exit the risk pool either by first marriage or by death. The sum of those marrying before reaching the last row of the table (in this case age 95, the oldest age of first marriage) represents the lifetime marriage prevalence; the balance are women who died without marrying. The complete tables are given in the Appendix, and spreadsheet files are shared in the supplemental materials.

The cumulative marriage prevalences for White and Black women are presented in Figure 4, which shows that, for a cohort born in 2019 and living through that year’s marriage and mortality rates, 86.2% of White women, and 61.7% of Black women, are projected to ever marry. For comparison with historical trends, we can say: If (a) negligible numbers of women who were 60 years old in 2020 subsequently marry for the first time, and (b) marriage and mortality rates from 2019 prevail into the future, then these projected rates would imply a lifetime drop in marriage prevalence of approximately 7 percentage points White women, and 12 points for Black women.

Several numbers that may be useful for interpretation may be derived from the life tables. First, among those women who will eventually marry, the age at which half has married – the median age at marriage for this projected cohort – is 28 for White women and 32 for Black women. Second, we can calculate the chance of ever marrying among those who have not yet married at each age. This is illustration in Figure 5, which shows, for example, that the chance of a future marriage falls below 50% for White women at age 37, and for Black women at age 29, in the projected cohort.

These multiple decrement life table estimates project a lifetime chance of marrying of 86.2% for White women, 61.7% for Black women, for a cohort born and living through the observed mortality and marriage rates of 2019. Given the continuing decline of marriage rates up to this point (Figure 2), these projections are likely to be overestimates of lifetime marriage rates for future cohorts.

This analysis does not address several relevant issues. First, as Goldstein and Kenney (2001) and others (e.g., Bloome and Ang 2020) have observed, marriage rates are declining faster for women with lower education or economic status, and this widening of disparities has shown no sign of slowing (Cohen 2015a). This is difficult to address because education and marriage may be jointly determined, and because education status may change over adulthood. Second, same-sex marriage is not addressed in this analysis; however, the marriage rates from the American Community Survey used here include women marrying regardless of the sex or gender of their spouses. Third, with the increasing frequency of cohabitation – before, after, or instead of marriage – marriage itself may be less important in the lives of current and future cohorts (Manning, Brown, and Payne 2021). Fourth, this analysis focuses on non-Hispanic Black and White women only, although the methods and data here could be extended to other groups. Finally, this analysis has included only women (in a binary sex coding system); it remains to be extended to men or people of other genders.

Crucially, any utility these projections may have for anticipating future events will additionally be compromised by the demographic impacts of the COVID-19 pandemic, which dramatically reduced both marriage (Westrick-Payne and Manning 2022) and life expectancy (Arias et al. 2021) in 2020. The persistence of these changes remains to be seen, but it seems unlikely to foreshadow an increase in lifetime marriage rates.

Life table projections should not be taken as predictions or forecasts. They are a means of describing demographic rates at a point in time in terms of lifetime experience, in a metric that may be intelligible or useful for readers with a variety of perspectives and expertise. The projections presented here describe the state of marriage prevalence after about 80 years of decline in the rate at which people in the U.S. enter into marriage, and the widening of the Black-White gap in those rates, with implications that remain contested and unstable. On current trajectories, this question will be of increasing important in the coming years.

This post was previously published on FAMILYINEQUALITY and is republished under a Creative Commons license.

You may also like these posts on The Good Men Project:

Join The Good Men Project as a Premium Member today.

All Premium Members get to view The Good Men Project with NO ADS.

Log in if you wish to renew an existing subscription.

By completing this registration form, you are also agreeing to our Terms of Service which can be found here.


Need more info? A complete list of benefits is here.

The Most Stylish Field Jackets for Men Are Perfect for the Transition from Summer To Fall
August 01, 2022