Elon Musk, tiny house and a literal out-of-the-box residence probably don’t often make it into one sentence. But, recently Musk and Boxabl, a compact tiny house manufacturer have been in the media spotlight. 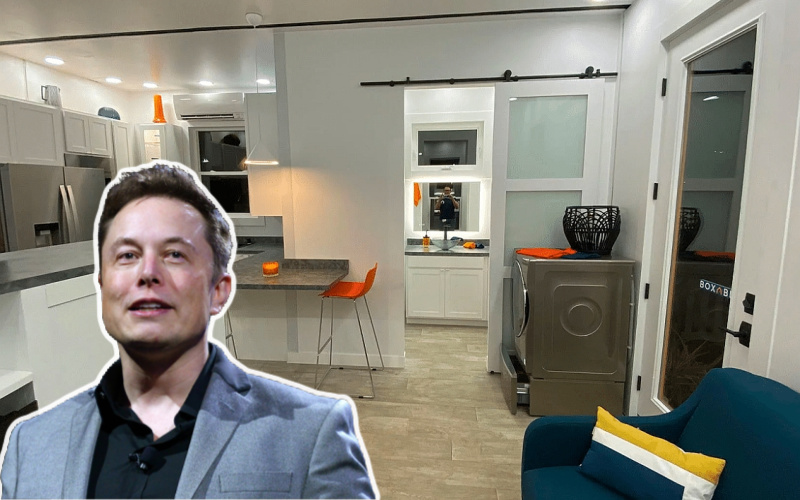 Most importantly, this is not because he’s investing in the company.

Rumors have it that Musk is living in a Boxabl near the Space X ground zero in Boca Chica, Texas. He reportedly made the move because he wants to amass cash “to have enough capital to colonize Mars.”

In fact, along with the severe downsizing to the 400-square foot tiny house, Musk also sold off all his other real estate. The only house he kept was one for events in the Bay area of California.

When looking at the Elon Musk tiny house choice, this is the first question that comes up. Actually, Boxabl is a full house that comes in a box and unpacks in just an hour. Admittedly, you might think it’s only four walls and a roof, but it’s actually far more. In fact, a tiny house Boxable has: 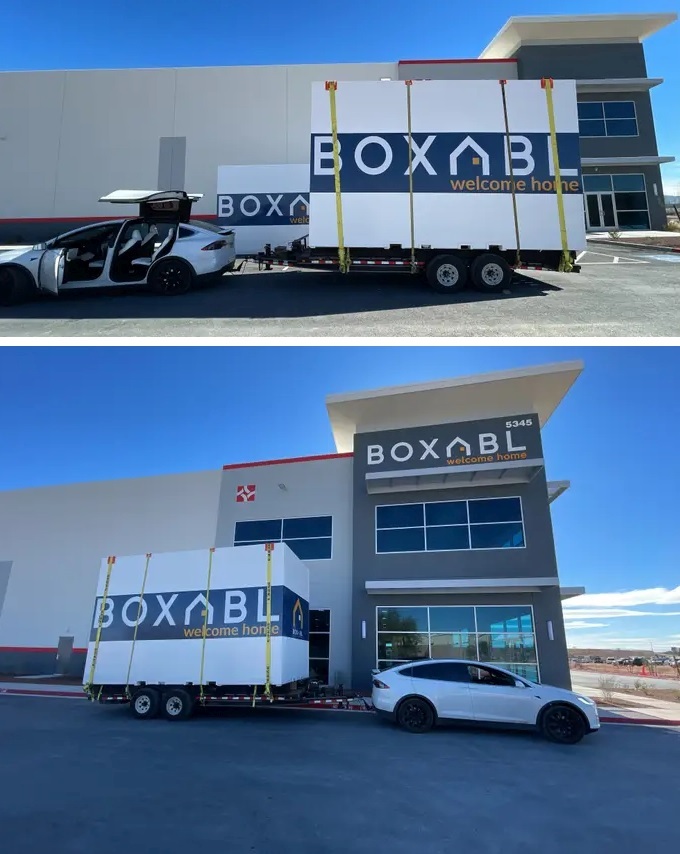 Actually, if the Elon Musk tiny house is indeed a Boxabl casita, it’s going to last him a long time. They are not flimsy pieces of construction. Actually, the design is engineered to be super strong and not degrade.

How Much Does the Elon Musk Tiny House Boxabl Cost?

The base price of the Boxabl starts at $50,000 for the Casita. By the way, you can soon have a bigger version than the Elon Musk tiny house Boxabl. The company is developing boxes that can be connected and stacked to make a larger residence.

Beyond the base cost, you need to budget for other expenses too:

A Boxable tiny house comes fully wired and plumbed. In fact, it’s ready to hook up to any energy source — solar or conventional.

The Elon Musk Tiny House is a Test for Mars

First, we already know that Musk wants to travel to Mars and colonize the planet. According to Inc. magazine, he is testing out the tiny house Boxabl as the basis for a residence on the Red Planet. Even the desolate landscape around the Space Ex location is reminiscent of Mars.

Secondly, you might think that Musk is just taking minimalism to a new level. However, that lifestyle is what’s necessary for life on another planet. As he said: “I think possessions kind of weigh you down.” Actually, the Elon Musk tiny house extreme downsizing isn’t just a whim: He’s trying out the life of his dream.

Who Created the Tiny House Boxable?

Based in Las Vegas, Boxabl started in 2017. Galiano Tiramani and his father, Paolo, created the company to make compact homes that ship anywhere. Above all, they want to “mass-produce housing on a scale and at a cost that’s never been done before.” Galiano Tiramani told the New York Post: “We want to make housing dramatically more affordable for the world.”

So, is Elon Musk truly living in a tiny house Boxabl?  That depends on who you believe. The Boxable company is mum on the topic. Finally, the media still debate where Musk actually lives now that he divested himself of real estate. However, Musk did tweet that he’s not living in the Boxabl: “I’ve actually been living in a $50k house in south Texas for past 2 years,”

The post The Elon Musk Tiny House Boxabl is Really a Test for Life on Mars appeared first on Home Decorating Trends - Homedit.