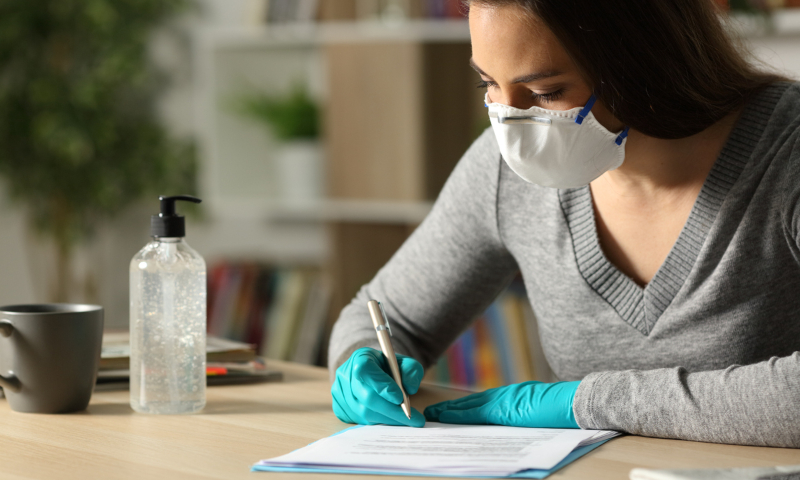 Decluttering the home is something I’ve been meaning to work on for months, but always found a reason to put it off, like everyone else.

But, social distancing in place because of a potentially deadly virus stopped me from procrastinating further, and I finally set my mind to doing just the one drawer for now (baby steps).

The whole thing was actually fun and very thought-provoking, believe it or not. I bought some crappy drawer organisers and I was really looking forward to using them to tidy up my husband’s chest of drawers, but the organisers were so small they were useless for his manly shirts and trousers.

So, instead, they were used to tidy up my underwear.

I’m literally the laziest (and therefore perfect) Amazon customer because anyone else would just send those organisers back, but it was easier for me to let them keep my money and find something else to do with the product. Damn them! (Bad review coming their way however, with my freed up time and energy – thank ‘Rona for that.)

Anyway, I digress. I began my panty detox journey by first taking all of the pairs of knickers out of the drawer while my one year old gorgeous boy played next to me, and one by one, inspected each pair to decide whether to keep or discard it, the Marie Kondo way (Google it if you don’t know what that is).

Some of my underwear had been kept unseen at the bottom of my drawer so long I even questioned whether they were mine to start with.

I was about to start accusing my husband of cheating and sneaking his lover’s thongs into the washing basket which would’ve eventually been transported through the washing machine and back into my drawer unsuspectingly like drug trafficking, camouflaged with the rest of the underwear – a clever way to disguise his crimes.

But too clever for him.

He was off the hook for now, even if I couldn’t quite believe I ever owned thongs, since giving birth to a human clouded my memory of ever wearing anything but practical and comfortable down there.

Some of my underwear was a reminder of how much smaller I used to be, which definitely didn’t bring me any joy – so they were thanked with a tight grin and discarded at that point, distant memories of tighter glutes discarded with them.

One of my criteria for getting rid of my undergarments was whether I could read what was written on the labels.

A lot went at that point too.

I made a mental note to go out and buy some new underwear on my next “essential” trip outside to the local supermarket that sold them.

My son was having so much fun we proceeded to start throwing the appreciated but rejected underwear around the room and have him chase after it. He was so amused with shaking them around, I couldn’t bring myself to stop him.

Baby suddenly got hangry and so in order to get his dinner ready after sorting through the drawer successfully, I threw the dead underwear down the stairs, leaving it all on the floor in the hallway in between the living room and the kitchen with a mental plan in place to chuck them in the bin when I got a chance.

It wasn’t until I heard Baby crawling away from the kitchen while giggling the next morning at breakfast I then realised I’d left the underwear on the floor overnight. As I found him playing with it all I thought, “oh yeah, I should get rid of those”. But instead, I saw a chance to get stuff done while my son was distracted, and I took it. He was all too busy with his sensory toys to notice me stuffing my face with chocolate in the kitchen, popping my head into the hallway every 5 seconds to make sure he was still there.

Three minutes later, as he moved on, I scooped the panties up respectfully and chucked them in the bin as I gave my thanks for their use, then and now.

The point is, while you’re stuck at home and struggling to find ways to entertain your little babies, remember that their creativity is way better than ours because it hasn’t been sucked out by the mundane office job, the utility bills, the news, the bad press — and they’ll find amusement in pretty much anything.

They’re also much more resilient than you think, so worry about your own self-care and wellbeing during these difficult times, because they’ll be just fine, so long as you are there for them.

If you believe in the work we are doing here at The Good Men Project and want to join our calls on a regular basis, please join us as a Premium Member, today.

All Premium Members get to view The Good Men Project with NO ADS.

Need more info? A complete list of benefits is here.

Talk to you soon.

The post The Lockdown Home Projects appeared first on The Good Men Project.