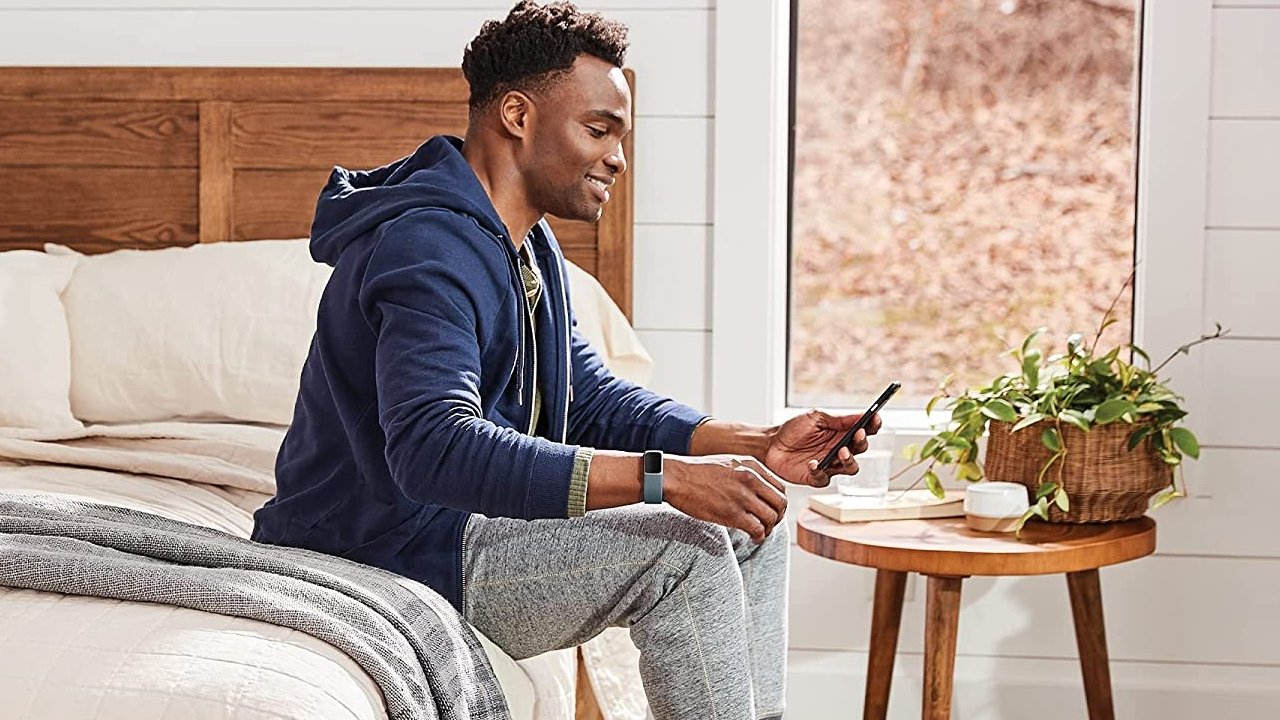 I’ve had a bit of a love-hate relationship with fitness tracker maker Fitbit over the last few years. While their devices helped me gamify my weight loss journey and keep myself accountable with calorie and step goals, I’ve repeatedly found aspects of their products to be disappointing. First, the Fitbit Charge 1 and Charge HR’s non-replaceable bands consistently wore themselves out within 8 months to a year.

Following that, the Charge 3’s lacklustre post-release software support and overly sensitive membrane touch sides. There’s almost always been a caveat to owning one of these devices, despite them being instrumental in keeping fitness engaging for me.

I approach this review of the Fitbit Charge 5 as someone who has only dabbled with this particular series of devices. Following Fitbit’s acquisition by Google in January 2021, the Charge 5 looked especially appealing. The prospect of decent post-launch software support was also on my mind. So, how does the Fitbit Charge 5 actually stack up? And does it have significantly more pros than cons than previous generations? Let’s discuss.

The Charge 5 is set somewhere in the middle ground of Fitbit’s product lineup of fitness trackers and smartwatches. Unlike past Charge models, the Charge 5 features a full-colour touchscreen. It shares a similar profile to its predecessors, with a sleeker metallic body and rounded-corner rectangular screen. The capacitive touch button located on the left side of the device is also gone, much to my joy.

With the Charge 3, my workouts would often get paused when the device pushed against my skin as my wrist angled in a certain way. I’ll admit, in the middle of a tough workout, my Charge 3 daring to shortchange me on my efforts almost pushed me to toss the thing a few times. That’s no longer an issue, though, as the sides of the Charge 5 are now app-specific sensors.

“The Charge 5 features a full-colour touchscreen. It shares a similar profile to its predecessors, with a sleeker metallic body and rounded-corner rectangular screen.”

As for the Fitbit Charge 5’s wristband, the lock mechanism makes for easy swaps, though the plastic catch on the band itself leaves me a bit concerned about long-term durability. My review kit included the standard Infinity Band in Steel Blue, a black Premium Horween® Leather Band, and two Hook & Loop bands (in Coastal Blue and Charcoal colourways).

The premium leather band, in particular, is quite nice, offering the thinnest profile around the wrist. The Hook & Loop bands offer the most customization in fit, thanks to Velcro. Unfortunately, all the bands use the same type of plastic, which, again, I don’t have much confidence will endure the test of time. The leather band could have benefitted from metal pieces to justify its “premium” namesake.

With no buttons of any sort, navigation through the Charge 5’s menu is entirely by touch. Swipe left and right for apps, up for stats, and down for various settings pertaining to notifications, Fitbit Pay, and device locking. The Charge 5 screen requires fairly deliberate movements to register actions and can feel a little cramped when scrolling or backing out of a sub-menu.

Thankfully, a firm double tap on the face of the device brings it back to the home screen. And while you don’t need to interact with the Charge 5’s screen at the speed you use a smartphone, these little quirks do make actions like entering a Fitbit Pay pin code fairly slow. Fitbit Pay is best primed in advance on a busy subway commute or shopping line (either on the device or through the phone app) lest you upset those waiting behind you.

“The Charge 5 screen requires fairly deliberate movements to register actions and can feel a little cramped when scrolling or backing out of a sub-menu.”

Other little UI quirks I came across included returning to a paused workout. The “Finish” button is given priority at the top of the screen rather than “Resume.” The screen to turn off an alarm also puts the obscured Snooze and Dismiss buttons at the top and bottom of the screen, requiring a swipe in either direction, then a tap. The issue here, albeit minor, is that the UI animation bounces the button, which delays successfully pressing it. Again, this is minor, but if I’m just waking up, the last thing I want is for my alarm to work against me to stop its buzzing.

Billed as Fitbit’s “most advanced fitness & health tracker,” the Charge 5 supports Electrocardiogram (ECG), Electrodermal Activity (EDA), and Oxygen Saturation (Sp02) apps to monitor heart rhythm, stress response, and blood oxygen, respectively. It’s worth noting that the ECG app is labelled as “coming soon” at the time of writing, so I could not test it for myself and see if the Charge 5 could detect my occasional stress-induced arrhythmia.

Additionally, the Charge 5 includes a built-in GPS. The onboard GPS allows users to map out their outdoor workouts without the need for a smartphone. To conserve the Charge 5’s battery, there are also options to use GPS functions only through a paired phone or dynamically, which lets the software decide for you.

“Fitbit Pay is best primed in advance on a busy subway commute or shopping line (either on the device or through the phone app) lest you upset those waiting behind you.”

The Charge 5’s pedometer is more or less as accurate as past Fitbit devices, but the device may count erroneous steps to your total from random movements. Within the first day of using the Charge 5, I saw my step count jump by 100 while sitting down. A restless leg may have been at fault.

All-day heart-rate tracking, of course, returns in the Fitbit Charge 5, offering users real-time readouts and daily reports of their heart rate BPM (beats per minute). HR monitoring ties into a bevy of workout-related functions, from Active Zone Minutes, auto workout detection, cardio fitness, and an upcoming feature called Daily Readiness Score, which fits into Fitbit’s overarching intent to be an all-encompassing wellness platform for all aspects of one’s life.

The type of Fitbit experience available to a user dramatically changes if they decide to invest in Fitbit’s Premium subscription (CA 12.99 a month or $104.99 annually). Trends, daily stats, and basic health reports are available to all via the free Fitbit app. But if one is looking to go beyond what their tracker alone can provide, Fitbit Premium essentially acts as a stand-in virtual health and fitness coach.

“Trends, daily stats, and basic health reports are available to all via the free Fitbit app.”

Fitbit’s paid subscription unlocks personalized insights based on user stats (HR, sleep, stress), more extensive reports (which Fitbit claims are good enough to share with doctors), repositories for workout and wellness activities, nutritional content, guided programs, and customisable challenges. Purchase of the Charge 5 comes with six months of Fitbit Premium, so it’s quite easy to see whether the paid subscription benefits you at all on your fitness journey.

Fitbit Premium guided programs include subjects such as push-up prep, run training, mindful eating, and full-body training. Programs vary in duration, from one to up to three weeks. By signing up for select guided programs and utilizing video workouts, Fitbit Premium’s offerings could be an effective means to kickstart a basic fitness routine if one is starting from zero. App-based routines with notifications stand in as accountability reminders, and while not comparable to having a personal trainer, access is inexpensive to try out.

A lot of the utility of this particular device stems from functions found on the Fitbit phone app and a Fitbit Premium subscription. For example, tracking of Blood Glucose and Menstrual Cycles are tied to the phone app, which can inform device-based alerts. The Charge 5’s selling points are once again not benefited by limited on-device app and clock support.

The app list is populated only with Fitbit’s default apps — with omissions such as Weather that was accessible on my Charge 3 — that are essentially just the device’s advertised functions. There’s no option to add different workout types to the device, nor 3rd party developer apps and clock face. The Charge 5 also lacks an altimeter (floor counting) if that matters to you.

The Fitbit Charge 5 is unquestionably the company’s most advanced fitness and health tracker to date, but it’s a bit lacking in what the device itself exclusively offers over previous generations. The selection of colourful clock faces is decidedly cool and makes the screen stand out, and the onboard sensors provide a lot of information to users. That said, the Charge 5’s upgrades are minorly iterative and what is new seems valuable to select audiences only. Want a nicer screen? You’re in luck. Are the ECG and EDA sensors and readouts beneficial to you? If so, great. If not, they’re small bonuses.

All in all, the Fitbit Charge 5 is an excellent little device, but its actual value is determined by how invested a user is in the complete Fitbit ecosystem. As a result, the higher CA $229.95 price versus the Charge 4 at CA $169.99 is a little hard to swallow. Perhaps within the coming months, new features will arrive. It would be a shame if such plans were reserved for the next generation instead, which would require another hardware investment.

Editors’ Picks: 15 Favorite Storage Solutions in Our Own Homes
November 26, 2021